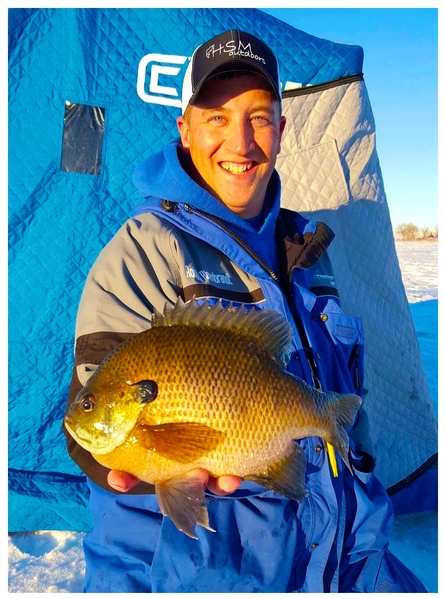 Robby Rhembrandt is an accomplished all weather fisherman who is a native of Western Nebraska. Although, ice fishing is his expertise, he is rapidly becoming a well known open water walleye angler. Over the last three years he has had four top 10 tournament finishes and continues to exceed expectations every year. He is a true sportsman who believes in conservation including catch and release and wildlife management. Robby’s true inspiration is providing underprivileged children the opportunity to experience the serenity of the outdoors. You can find Robby fishing anywhere in the midwest, chasing trophy fish of all species.