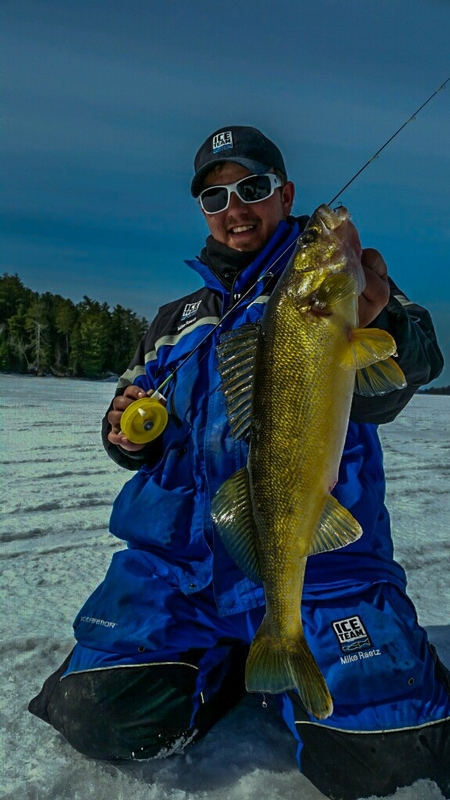 Mike has been addicted to fishing since he was first introduced at the age of 5.  He spent most of his childhood at his cabin in Walker, MN with his father taking on lakes that most would never venture too searching for big gills and crappies.  Living in St. Cloud, MN Mike has also become quite the river rat chasing Panfish, Walleye and Smallmouth down the Mighty Mississippi River.

As much as Mike loves open water, his passion for ice fiahing is much greater.  Mike is a tournament angler in the winter fishing the North American Ice Fishing Circuit, along with the Ultimate Panfish League.  During the summer months he is a guide in Hackensack/Walker, MN for Leisure Outdoor Adventures.  He Has turned his passion for the sport into a career in the fishing industry.  Mike is currently employed as a Product Specialist for Clam Outdoors.  Mike loves catching fish, but believes the true reward is the process and and trial and error it took to find those fish.  "The game we play is always a learning experience and if I do not learn something that day it was not a success."