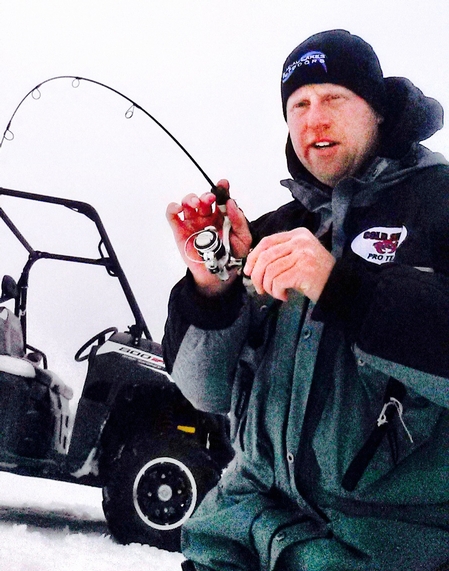 Nick LaVelle logs many days on the ice each winter in the IA/SD/MN region.  He is from Eldora IA and considers Brushy Creek Lake his home water.  Near home he chases bluegills, crappies, and perch, while also spending considerable time in the Glacial Lakes region of NESD, chasing jumbo perch and walleyes.   Nick is also pro staff for Clam Outdoors, and Glacial Lakes Outdoors custom rods.

The past two seasons, Nick has gotten in to some tournament fishing.  He and fellow pro-staffer Shane Hunter finished 4th in the NAIFC tournament at Big Stone Lake, which qualified them for the championship at Lake Mille Lacs, MN.  Nick also had good finishes in the 2014 Yellow Bass Bonanza as well as the Team Extreme tournaments in Iowa.