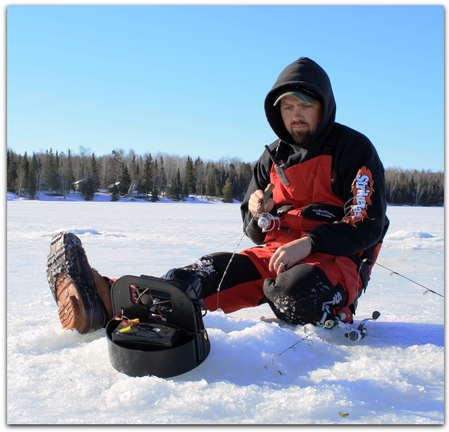 Brian (B-Cav) Cavanaugh is known by many for his ability to find fish.  Armed with his auger and Vexilar, he has an uncanny ability go to a new body of water, and figure out where the fish are.  He has built a solid reputation amongst his peers, and is highly admired for his firm belief in catch and release.  He has released many trophy fish inclucing a 6lb Brook Trout, and a probable South Dakota state record Tiger Trout.