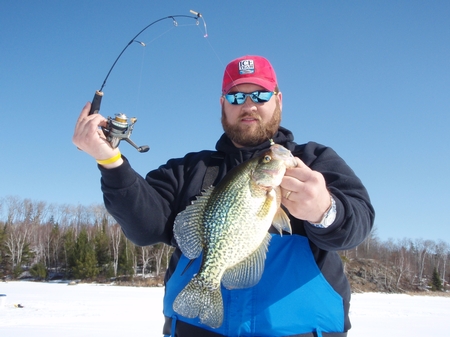 Whether it's chasing boss gobblers in the spring, trolling for walleyes in the summer or blackpowder hunting for deer and fly fishing for Northeast Iowa trout in the fall, Rod Woten is truly an all-season Iowa Sportsman. Rod's true passion, however, is to spend as much time as possible on frozen lakes across the ice belt. Luckily, as a pro-staffer for Bass Pro Shops, Vexilar, StrikeMaster, Reel Weeds and a Powerstick with the Ice Team organization, he gets plenty of time to do just that. When Rod is not on the ice, he's busy educating the public about stewardship of our resources and the modern method of ice fishing and authoring articles.